JeuxOnLine: Compared to your previous games, what have been the biggest challenges you've faced during the development of Tabula Rasa? 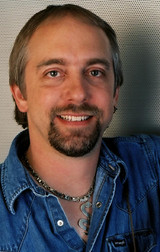 Richard Garriott: The history of the Ultima series goes back to a time when games were far simpler, in the very first games the biggest challenges were things like how to get a piece of art to show up on screen at all, or making combat work in any way, shape, or form. As computers became more sophisticated, the games also became more sophisticated. In time the development of how detailed the world could be interactively, and how our skill at storytelling and developing the intellectual property, became the biggest challenges over each new version in the Ultima series.

The biggest challenge with Tabula Rasa was creating the same level of quality and depth that fans saw in the last iterations of the Ultima series in one game with no iterations. The goal with Tabula Rasa was to not build upon anything else, to start from scratch on all aspects of development. It was challenging from that perspective as well, to build a game that doesn’t fall under the same mold and structure as most of the online games have.


JOL:In the early Tabula Rasa days, in year 2001, you explained you wanted to distribute Tabula Rasa for free and purely in digital form; the players would only had to pay for the monthly subscription. It looks like it's not the plan anymore and you're going back to a more traditional way of distribution, with a not-for-free client, boxes and retailers. What made you change your mind?

R.G.: We are fans of the distribution model for online games in Asia, where, for example, our games Lineage I and II, millions of players in Asia have acquired it via digital download and play a subscription fee without having to buy the game at any retail outlets.

Originally, assumed we could use the same model for all NCsoft products in western territories, however, we’ve discovered fundamental differences in the way people buy games.In Asia, for example, retail is often not an option and gamers have embraced digital distribution. In western markets retail outlets are not only the place where people expect to purchase their forms of entertainment, it has also become the place where people learn about these forms of entertainment. Retail outlets are still the predominant means of reaching out to our customers. Additionally, it appears that the customers who purchase games at retail have a higher probability of becoming more engaged with a game than people who download it for free, which is likely a result of that initial investment.


JOL: Since the inception of the MMO genre, the economic models havegreatly evolved. Many MMOs are now free to download, some are free to play, some have premium subscriptions, others sell items, characters, lands... And some editors even try to include advertising into their games.Being the one of the first who proved the MMO subscription model was a viable one, what do you think of these new economic models?Have you any interest in developing a free to play MMO?

R.G.: NCsoft is business model agnostic. We believe in the subscription model because it works well, but we would be just as happy as a company if the players preferred different models. Whether it would be free to download and pay for a subscription, or free to download and play and pay for premium content, or have a completely free game that is supported with advertising, or any other model, we believe in providing the service in the way that is most appropriate for the consumer.

I believe that in the case of front-line products that require tens of millions of dollars to develop, the games need to generate higher revenue to pay for that investment.I don’t believe the less traditional micro-transaction or advertising supported business models are appropriate for that kind of product, but you’ll find games that are less expensive to develop or to support, like Dungeon Runners, successfully using these models.


JOL: With Ultima Online, you created a game that was also a social experiment and almost a life simulation. With Tabula Rasa you choose a more traditional style, with a game more focused on action, quests and stories.What made you prefer this approach?Having experimented with both styles, are you now more interestedin the social and simulation aspects of the online worlds or in the gaming aspects?

R.G.: We made a conscious decision to make a game that was more action-oriented; however I still love the social aspects of gaming which are not done as deeply in Tabula Rasa as they were in Ultima Online.As we expand the world of Tabula Rasa over time, our goal will be to bring the action and social elements closer together. 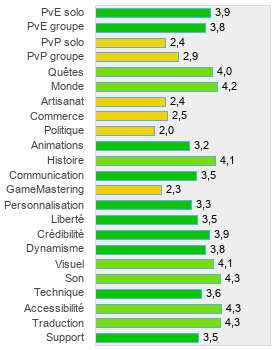